Before becoming a father, Island parent Scott described himself as being ruled by logic over emotion. Now that he is a parent, however, he immediately tears up when reflecting upon his son’s early days.

When Scott’s wife, Amber, was 27 weeks pregnant, she had a feeling that something wasn’t quite right. Her intuition proved correct when her water broke the following week. Amber was immediately air-lifted to the Victoria General Hospital while Scott made the drive from their home in Courtenay. Their son was on his way.

Little Ephraim was born on November 1 weighing only 835 grams. As a micro-preemie, Ephraim was fighting for his life in the neonatal intensive care unit (NICU).

Thanks to Victoria’s home away from home, Jeneece Place, Scott was able to be a three-minute walk away from his son and wife in the hospital. When Amber was given the green light by her doctors, she joined Scott at the home.

“Without Jeneece Place, we wouldn’t have been next to our son who we didn’t know would live or die,” says Scott.

Because they were rushed to Victoria, Scott and Amber brought only the clothes on their back with them on that hurried day. Jeneece Place staff welcomed them with open arms and offered spare clothes, homecooked meals, and emotional support to the new parents.

“We honestly do not know what we would have done without Jeneece Place,” remembers Amber. “We came with nothing from Courtenay. Thanks to Jeneece Place, we had everything.”

Having readily available homemade meals cooked by volunteers was a lifesaver for the parents when they returned exhausted from the hospital. There was even a festive Christmas tree and decorations to brighten their spirits while they were away from home over the holidays.

Scott and Amber stayed at the home away from home for close to 60 days while their son was in the NICU. While his lungs and breathing functions were developing properly, feeding was a challenge for Ephraim, meaning his growth was slow. Once he reached four pounds and had overcome feeding challenges, Ephraim was transferred to the NICU in Nanaimo. After nine more days of recovery, Scott and Amber’s little one was finally discharged. The new family of three could be together.

And when they had to return to Victoria for Ephraim’s one-year checkup, Jeneece Place was there for the family once again.

“My now perfectly healthy son is brought to you by everyone who gave to Children’s Health Foundation,” says Scott. “Because of this, I want to do everything I can to help other Island families. No matter what, no matter how small, we now budget to give back to local causes across the Island.”

For families like Scott’s, a home away from home in Campbell River will be life-changing as they will no longer need to travel such great distances from the northern, western, and surrounding regions of the Island to access health care. Q̓ʷalayu House, opening this summer in Campbell River, will be critical to holding Island families together at a vulnerable time in their lives.

“Whatever you can give will change the life of an Island family. It changed ours. It really did,” says Scott.

Will you make a gift and help us hold Island families close? Your gift will help open the doors to Q̓ʷalayu House this summer. 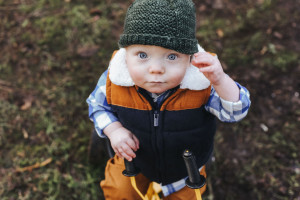 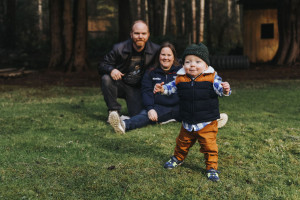 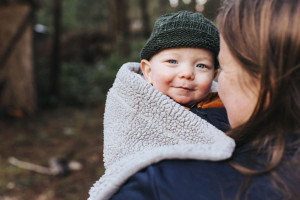 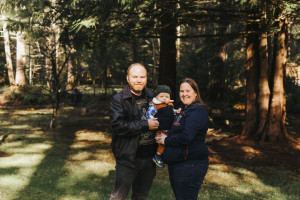