Ask Victoria resident Janice Mason about her brother David and she’s quick to describe him as a central part of their tight-knit family. The youngest child of four, David was just another member of the family despite his complex health challenges. Remembered as a happy and outgoing young man, David’s legacy is now helping hundreds of Island families with complex needs to access essential care as well as outdoor recreation and play.

David was born in 1965 and was diagnosed with spina bifida and hydrocephalus, meaning he had a spinal deformity and abnormal fluid build-up in his head. Doctors told his parents that he wouldn’t live past five years old and should be confined to an institution. Refusing to envision that life for their son, David’s parents brought him home after four months in the hospital.

As medical technology to drain the fluid was not a well-established procedure in the 1960s, David’s head became enlarged. While in Ottawa, David came under the care of a neurosurgical team that inserted a shunt to drain the fluid and did a series of operations to reduce the size of David’s skull. He was paralyzed below his waist and had heart and kidney problems throughout his life.

David loved engaging with others, even while facing medical challenges. While at the hospital in Ottawa, David managed to learn French by connecting with his medical team and shocked his mother by translating for French-speaking nurses.

Being in a wheelchair did not stop David from being an active member of the family who loved being outdoors. Every adventure his family went on – from camping, to Beacon Hill Park, to beaches across the Island – David went on too.

Janice remembered, “One time, there was a ditch and we dragged him too close to the edge. The wheelchair topped over and he fell in the ditch. He was fine – he was so resilient!”

Tightly packed into their blue sedan, the family of six did a cross-country road trip from Victoria to Ottawa in 1969 for their father’s professional sabbatical before returning to the Island one year later.

David’s three older sisters brought him to their sporting events, outings, and visits with friends. While at Janice’s swim meets, David developed a huge crush on her friend, Judy, and would light up anytime he saw her. Janice remembers encouraging him to be the best version of himself that he could be.

Memories of the Queen Alexandra Centre

From the time he was kindergarten-aged, David listened to Barry Bowman on CFAX radio in the morning before getting on the bus, upon which he and his friend Jack, the Easter Seal Bus driver, schemed ways to surprise his mom after his school day at the G.R. Pearkes Centre (Pearkes) at Queen Alexandra Centre for Children’s Health (QA).

Now supporting the early intervention and therapeutic needs of more than 4,000 Island kids every year, back then, the centre also had a school for kids with disabilities. In addition to his classes at Pearkes, David saw specialists for physical therapy, occupational therapy, rehabilitation, and other supportive health services while at QA.

While David loved his time at Pearkes and developed friendships with the other students, he was not permitted to attend regular school. His parents pushed for the school system to allow him to attend mainstream classes at his neighbourhood school. They were finally successful after years of advocating, and David attended junior high school for one week before passing away on a Saturday evening at the age of 17.

A lasting legacy for Island families

Through dedicated fundraising, the Women’s Auxiliary of the G.R. Pearkes Centre at QA contributed to a fund to honour David’s legacy. David’s mom and the other ladies of the auxiliary sold lottery tickets, sewed hand puppets, and made other items to be sold at craft fairs. Some of these proceeds were used to set up the David Mason Educational Fund.

The Fund operated for years as a bursary for post-secondary education for students with disabilities. The Mason family is now actively investing the fund in the community so it can be used to support kids to access care as well as outdoor recreation and play. This redirected focus is important to the family because they always did everything possible to give David the same opportunities as every other kid.

“My whole family is very active,” Janice said, “and we realize how important outdoor activities are to one’s health and wellbeing. It’s really important for us to help ensure that all families can experience similar opportunities to be together in nature.”

Making sure all kids can access care is equally important to the Mason family. While her parents had to invest a significant amount into purchasing special equipment and services for David, they were financially able to do so.

“I’ve been really lucky. My parents provided us with lots of opportunities, while juggling the challenges of caring for David.  I know that not all families can do that for their kids, and so if we can do something to help, that would be very meaningful for us.”

The Masons are thrilled to be using a portion of the David Mason bursary funds to now support the Bear Essentials program, which is powered by both Children’s Health Foundation of Vancouver Island.

Bear Essentials funds health care supports for children and their families, including travel costs associated with receiving health care outside of their community, medical or therapeutic equipment to address special needs, and therapeutic resources including specialized formula and non-insured medications.

When asked about her hopes for other kids like David, Janice said, “I hope that they can access what they need and what they want. It’s not just about what they need. I want them to have the opportunity to explore things and be able to go after the things they want, just like other kids.” 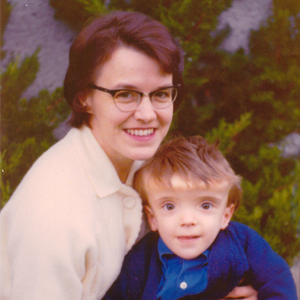 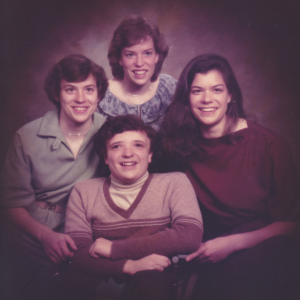 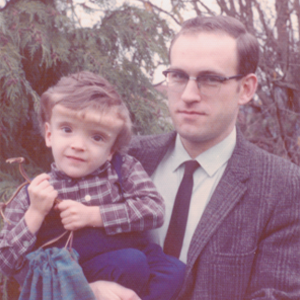