With your help, kids like Asher and Nolan can thrive. 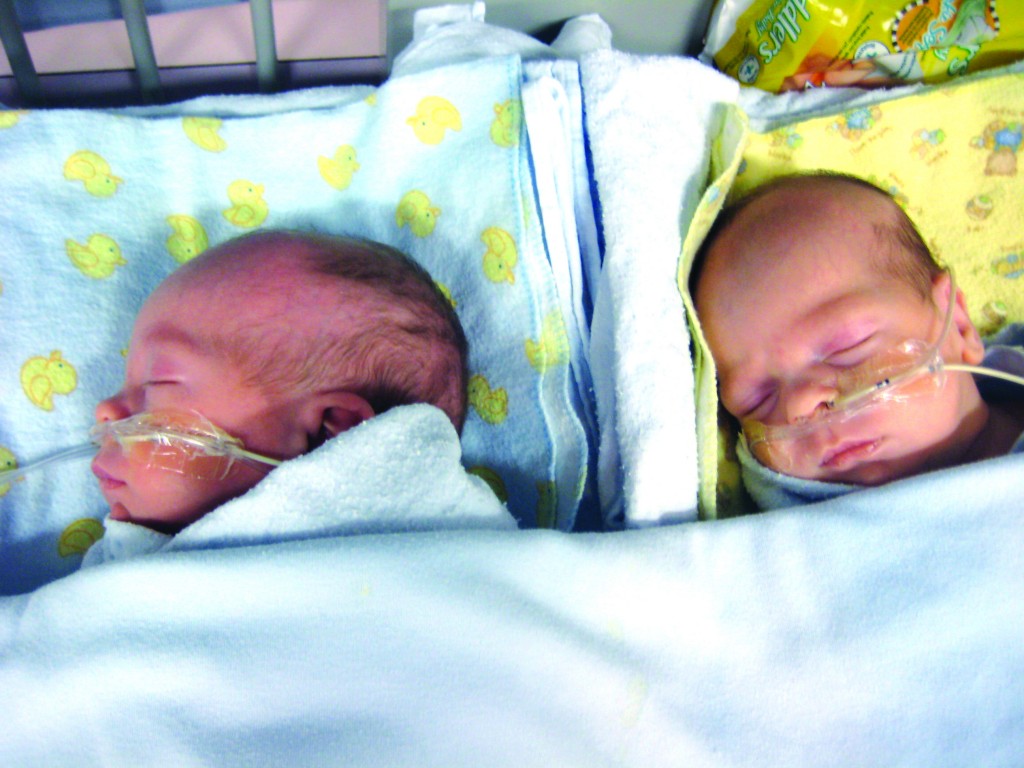 Born 14 weeks too early, Asher and Nolan couldn’t eat or breathe on their own. Tracey and Jordan didn’t know if their tiny twin boys would survive, but these babies would fight for their lives.

After 5 long months in the neonatal intensive care unit (NICU), Asher and Nolan were finally allowed to come home.

“I still remember that day so clearly,” Tracey says. “The pure joy we felt was indescribable. But there was fear too.  How would we take care of these extremely fragile babies?”

Within one month, Tracey and Jordan were connected to the Queen Alexandra Centre’s Early Intervention Program, which is funded by the Children’s Health Foundation of Vancouver Island and helps families living in Greater Victoria and the Southern Gulf Islands develop the skills they need to support their child’s emotional and physical development.

Because of donors like you, the Children’s Health Foundation of Vancouver Island was there, providing Tracey’s family with support, services and hope, even before the boys were diagnosed with Cerebral Palsy – Asher at one year old and Nolan at three.

“The first five years of my sons’ lives were more challenging than you can probably imagine,” Tracey admits. “But through it all, we had one constant – our Early Intervention team. Whether preparing for a consult with a new doctor or helping the boys get fit for specialized medical equipment, one of those amazing people was always there holding my hand – often figuratively, but also sometimes literally.”

From the day they were born, Asher and Nolan had a lifetime of challenges ahead of them, but they had a team fighting alongside them, providing support each step of the way.

Today Asher and Nolan are in a typical Grade 3 classroom with tons of friends and interests. Tracey and Jordan are confidently able to care for all three of their children.

“We call ourselves the Trousdell Five but the reality is Team Trousdell is actually much bigger and better than just the five of us.  It also includes you.  We are proof that families like ours are better when supporters like you come together,” Tracey says.

With your donation, we can champion the health of even more Island kids like Asher and Nolan in 2018.